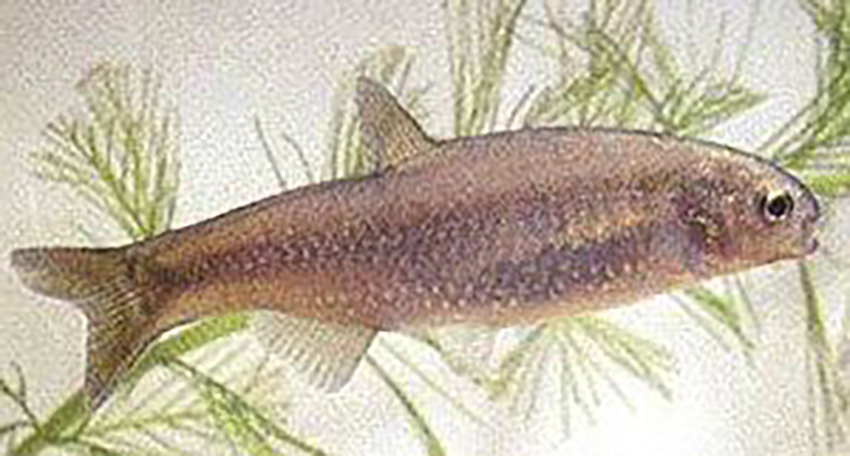 The scaleless characid Gymnocharacinus bergii Steindachner, 1903 is a stenothermic teleost fish restricted to the headwaters of the Valcheta stream at the Somuncurá plateau in the Argentinean province of Río Negro. This species is highly threatened by salmonids (Oncorhynchus mykiss and Salvelinus fontinalis) introduced into its natural environment in 1941 and human activities such as channel drainages and cattle breeding.

Due to its unique position within the Characiformes, its endemic occurence and restricted distribution far south in a thermal stream of northern temperate Patagonia this species was studied or at least mentioned by numerous native and foreign investigators during the years. Unfortunately, publications about this remarkable teleost are widely dispersed in journals and in languages often little known to researchers.